Known for its stunning scenery, diverse wildlife and fascinating history, Maligne Lake is one of Jasper National Park’s most popular places to visit.

This region of Jasper is filled with many world-famous sights with so much to see near the lake, like Maligne Valley and Maligne Canyon. But one of the Valley’s most spectacular sights, no matter the time of year, is Maligne Lake.

Read on to learn the top five facts about Maligne Lake.

Stretching past Spirit Island and reaching the melt-water channels of Coronet Glacier, Maligne Lake is known for being the largest natural lake in the Canadian Rocky Mountains. The lake’s vast blue waters extend 22 km and are surrounded by snow-capped mountains that illustrate a picturesque scene. Not only is this glacial-fed lake enormous in length, but it’s also 35 metres deep on average. At its deepest point, the lake reaches an impressive 97 metres.

Fact #2: The Lake Is Home to Spirit Island

Located halfway down Maligne Lake, the must-see Spirit Island sits beautifully along the lake’s crystal blue water. The island is well known around the globe and can be spotted in many famous paintings, movies and postcards. As one of the most photographed spots in the Canadian Rockies, Spirit Island is a Jasper destination you won’t want to miss!
Spirit Island is located about 14 kilometres away from the nearest footpath and can be explored on SunDog Tours’ Maligne Valley Sightseeing Tour. Journey through the Maligne Valley with stops at the Maligne Canyon and the “disappearing” Medicine Lake for guided walks to experience the natural wonders of Jasper. When arriving at Maligne Lake, guests will have the opportunity to take a scenic cruise to Spirit Island or embark on a guided hike along the Mary Schäffer Loop.

Fact #3: Maligne Lake is an important site for Caribou conservation during the winter

In partnership with many conservation groups across Alberta, Parks Canada has started a new initiative to support and protect Jasper National Park’s caribou herds. The efforts aim to prevent predator access on backcountry trails during the snow season in two caribou ranges. One of the ranges is home to the Maligne Caribou herd in Jasper. The goal of this evidence-based approach is to manage snow season access in order to allow the caribou to live in Jasper National Park, in an attempt to repopulate the area as herd numbers were recently low.

Fact #4: Mary Schäffer was accredited with its “Maligne” name and with its discovery

In the early 1900s, Mary Schäffer was passionate about exploring the Rocky Mountains area and painting its breathtaking scenery. She was the first non-native to visit “Chaba Imne,” which is what the Indigenous Peoples of Canada called it before Schäffer was accredited with its discovery.

After her husband passed, Schäffer was determined to finish the botany book that he had started writing while they were exploring the Canadian Rocky Mountains. She set out on expeditions to gather documents and samples for the book. Her friend Samson Beaver, a Stoney guide, showed her a sketch of where Chaba Imne was located, which inspired her to pursue setting out to find it.

In 1908, Schäffer and her crew reached the lake on their second attempt. After becoming fascinated by its beauty, Schäffer would often return to survey the lake’s area. She named the surrounding mountains while surveying the land, and named the newly mapped lake “Maligne Lake” after the Maligne River that fed into it.

Fact #5: Maligne Lake was originally known as “Chaba Imne” by the Indigenous people who lived in Jasper

Before Mary Schäffer located the lake on the map and named it Maligne Lake, it was the Indigenous People of Canada who were the first to discover it. The Stoney Nakoda First Nation people called the lake “Chaba “Imne,” also known as “Beaver Lake.” The Indigenous people often visited the lake during the summer months to gather food and hunt.

Chaba Imne was also a place of great spiritual significance, and was called the “Lake of Deep Waters” and the “Lake of Healing.” The scenic spot of Spirit Island is still visited today by First Nations people. The Stoney Nakoda First Nation people told Mary Schäffer about the beauty and wonders of Chaba Imne, which sparked her interest in exploring the Rockies to find the lake.

Want to learn more about Maligne Lake or are interested in SunDog Tours’ lake adventures? Book a Maligne Valley Sightseeing Tour where you can learn all about the gorgeous lake and other areas in Jasper or check out our other summer tours for even more fun adventures.

- Rod B.
Previous Slide Next Slide
+4 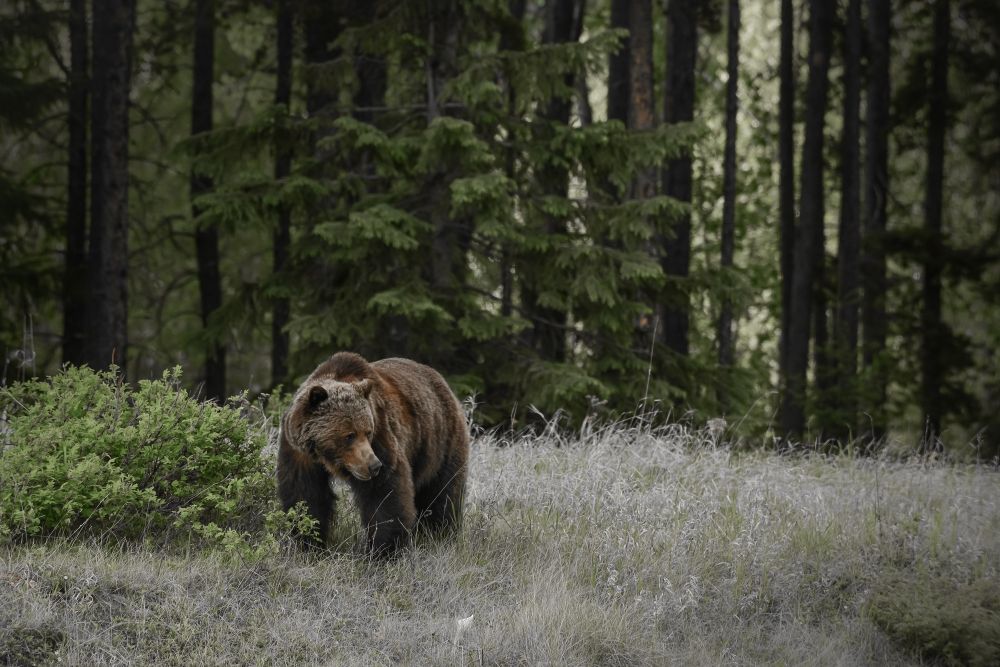 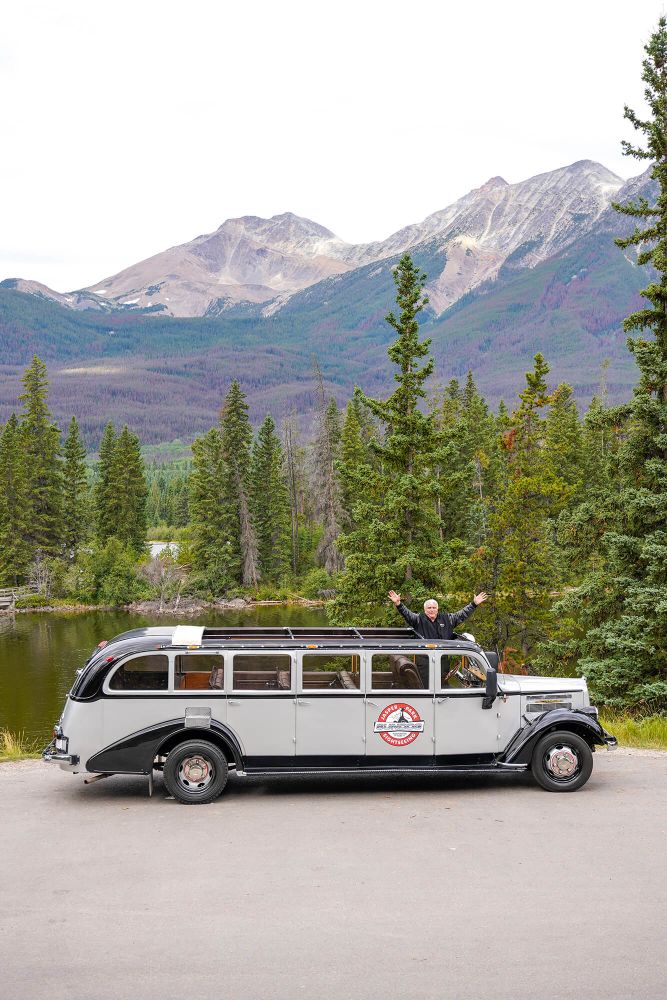 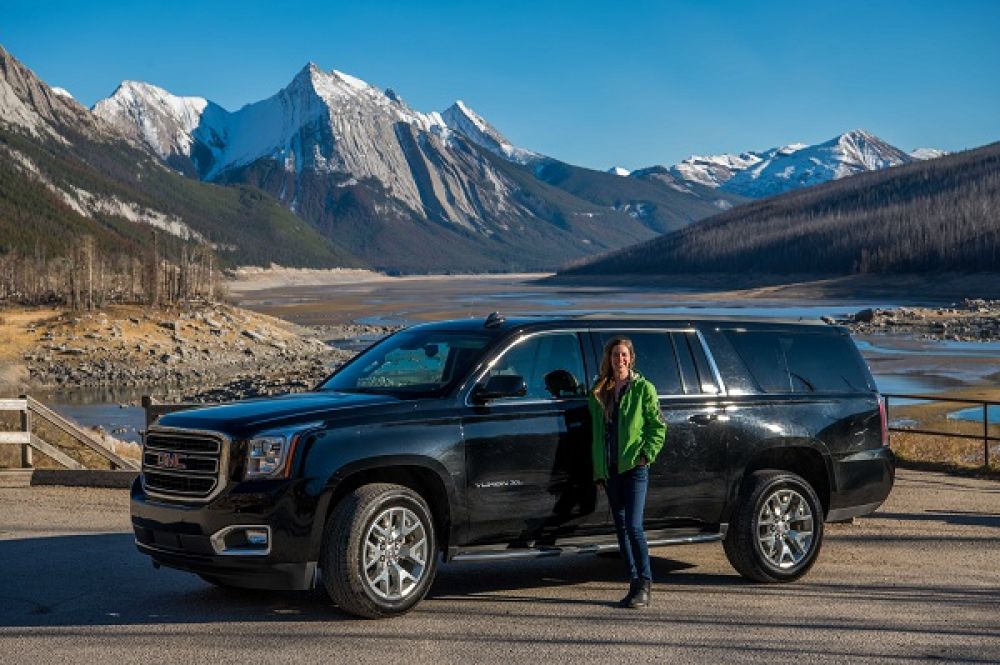 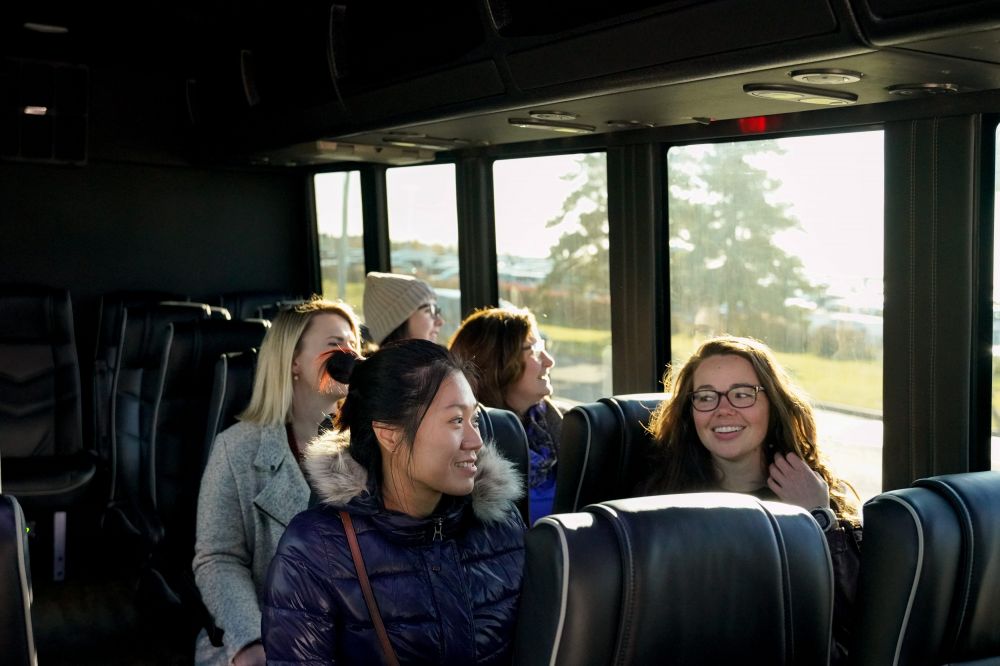 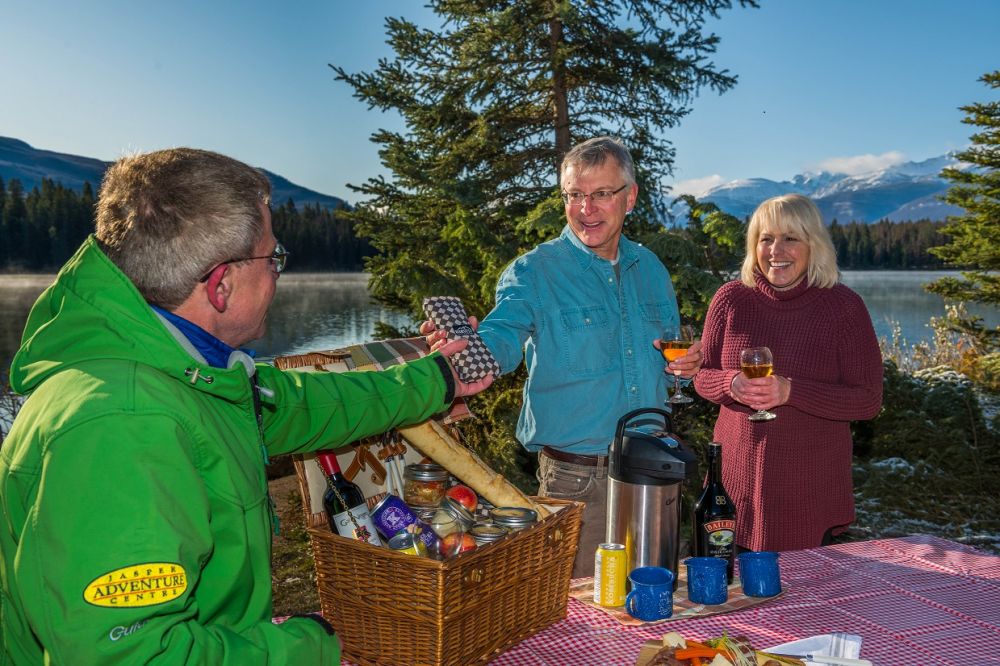 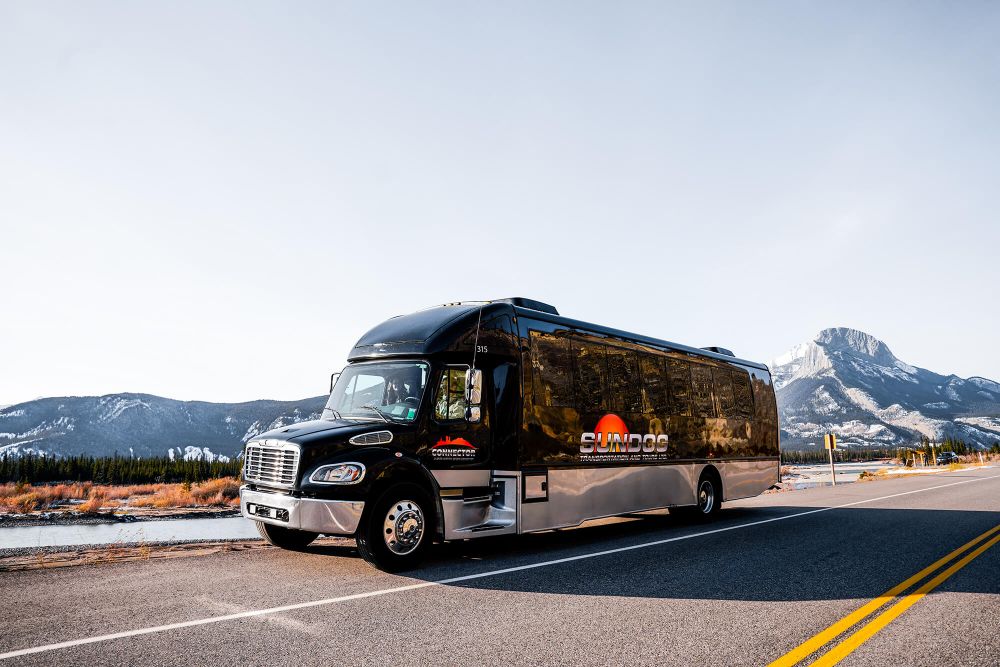 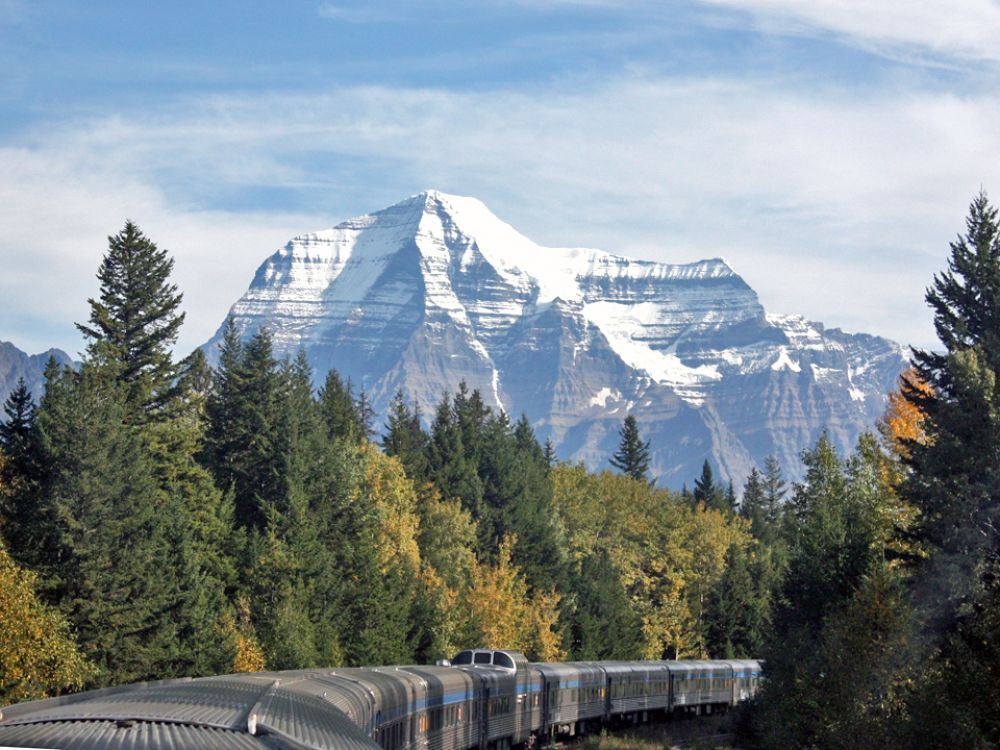 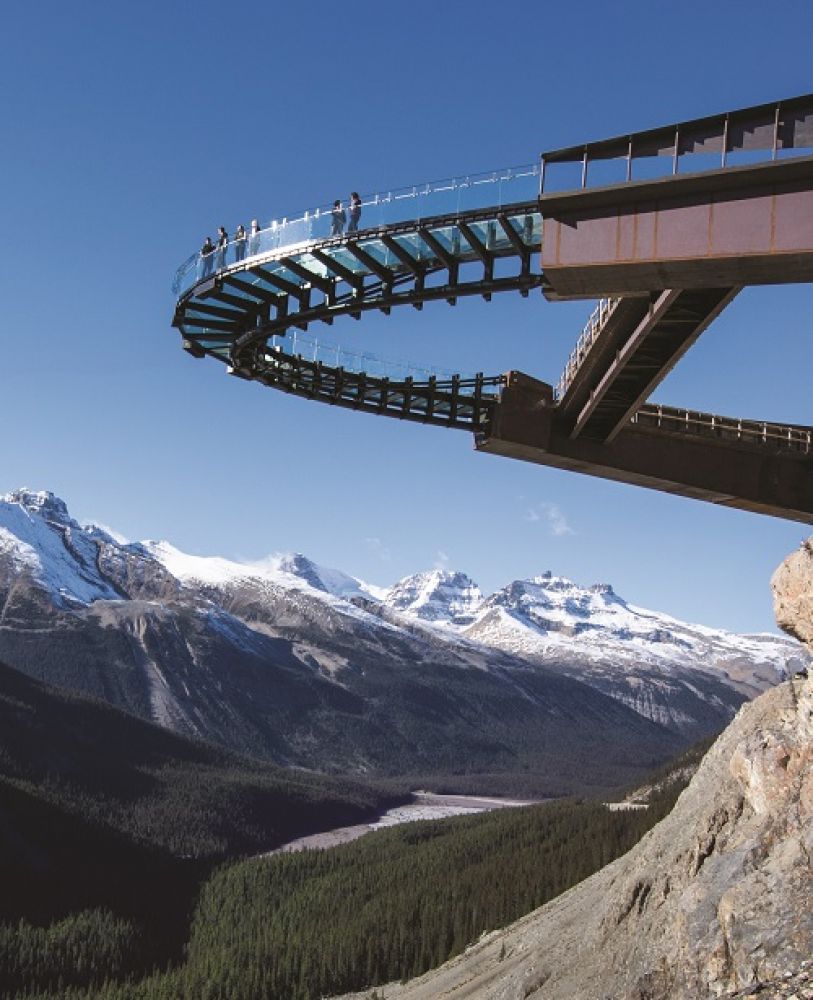 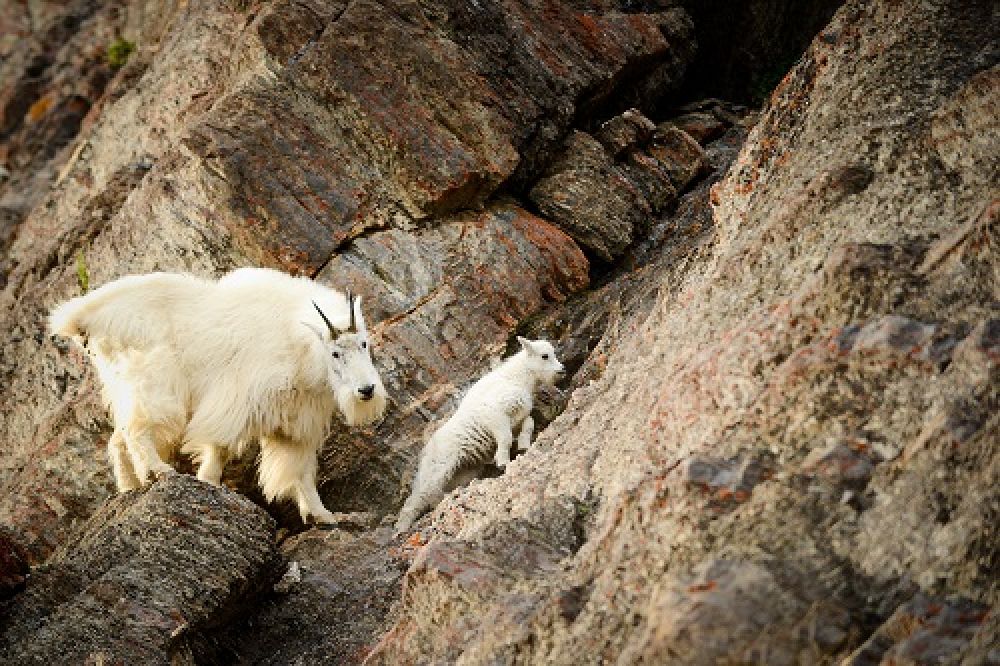